Jesus, the Apostles, and the Early Church 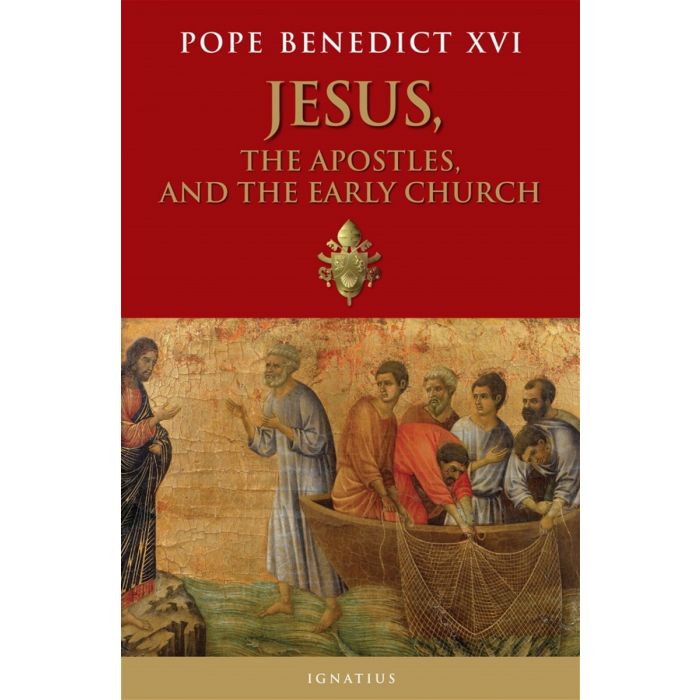 Skip to the beginning of the images gallery
Details
Beginning with the Twelve as the foundation of Jesus' re-establishment of the Holy People of God, Pope Benedict examines the story of the early followers of Christ. He draws on Scripture and early tradition to consider such important figures as Peter, Andrew, James and John, and even Judas Iscariot. Benedict moves beyond the original Twelve to discuss Paul of Tarsus, the persecutor of Christianity who became one of Jesus' greatest disciples. Also considered are Stephen, the first Christian martyr, Barnabas, Timothy, Titus, the wife and husband "team" of Priscilla and Aquila, and such key women figures as Mary, the Mother of Jesus, Mary Magdalene, and Phoebe. Jesus, the Apostles and the Early Church is a fascinating journey back to the origins of Christianity. It reveals how Jesus' earliest disciples faithfully conveyed the truth about the "Jesus of history" and how they laid the foundations for the Church, through whom people today can know the same Jesus.
More Information
Reviews
Write Your Own Review
Footer comments here... Copyright © 2022-present St Marys Bookstore and Church Supply - All rights reserved.